The Technomancer is a boss encountered in the Labs after looping at least once.

Technomancer has two attack phases. He will randomly switch between them.

Technomancer will summon a Turret which shoots at the player.

Technomancer has the ability to turn other enemy's corpses into living Necromancers. This ability has no apparent range limit. The only limit is line of sight, as the corpses cannot be obstructed by walls. Technomancer shoots an invisible projectile that has extremely high speed and after reaching a corpse, turns it into a Necromancer. Unlike the Necromancer's ability, this affects only one corpse at a time. 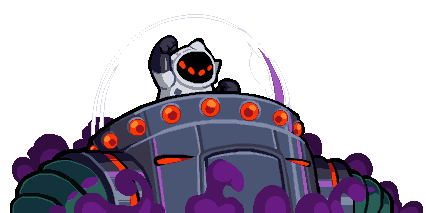 Retrieved from "https://nuclear-throne.fandom.com/wiki/Technomancer?oldid=40127"
Community content is available under CC-BY-SA unless otherwise noted.